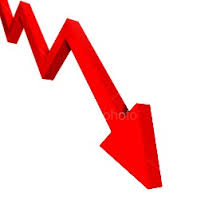 It is very non uncommon that Nigeria as a country is in an economic recession. What some economist called economic downturn. Economic recession is defined by Investopedia as a significant decline in the activity across the economy, lasting longer than few months. It is visible in industrial production, unemployment, real income and wholesale-retail trade.

The news about recession in Nigeria came up on July 19, 2016 when IMF categorically states that we are in it. Thereafter, the Minister of Finance Mr Adeosun confirmed the statement latter on.

Many analyst have talked about this great recession. They have blamed the downturn on high foreign exchange. They also push the blame on inflation caused by high PMS price and on the activities on the Niger Delta Avangers who have distrol oil pipeline so that crude oil will not be exported to other countries.

Many persons have also talked about how the recession have affected different sectors of the economy. Some have told us that it affects everybody both the rich, the wealthy and the poor. Most recently, another publisher have told us how it affect the National Youth Service Corp NYSC members.

Then I pulse to ask myself, is there really a recession? Or is it an economic recession for the poor?

Looking at it as it were, I see the poor people suffering as a result of the downturn. I also look at low income earners and fixed income earners in the public and civil service complaining. I also observed  fixed income who are not in managerial positions saying a lot of things about the economic situation.

READ ON  CAN EXPORT OF AGRICULTURAL PRODUCE DRIVES OUT RECESSION IN NIGERIA?
Powered by Inline Related Posts

However, when I turn right there is something different that I observed. I saw the rich and the wealthy driving expensive cars and other gadgets and still maintain there current economic status at it were.

I saw the business people not feeling the heat the way the low and fixed income earners do. Even though they are affected to some extend, they still shift the bulk to their customers.

Well, I would not put the blame on anyone, either the government which God has said man has dominant man to his injury nor the few rich Nigerians who have decided to remain rich in terms of money count and not wealthy in terms of investment.

I will never blame the business people, because their aim is to make profit. So, when the cost of production or service goes up, they have to incorporate it in their product and leave it to the consumers to decide weather to buy or not.

Offcourse, the consumers do not have a choice, they have to buy, unless, how will they survive?

I will not be in a hurry to blame the poor nor the fixed income earners, because they do not purposely put themselves in the conditions they are but as a popular saying does, conditions that makes crayfish to bend as my mother used to tell me.And as the Bible says  that we will always have the poor with us.

But, it is quit unfortunate, however, that this lowly ones who are the highest in the population of this great country are the grass that will suffer it the most.

Also read: how to optimise your money.