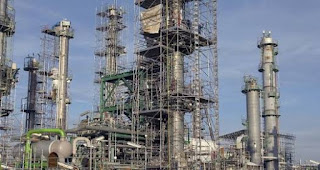 The Nigerian National Petroleum Corporation, NNPC, said it will continue to find sustainable methods to intensify stakeholder’s engagement, so that there will be peace in the Niger Delta region.

In a press statement released by the Corporation’s Group Public Affairs Division, Ndu Ughamadu, NNPC is deploying resources to bring peace in the region, there was also the successful implementation of a 12-key Business Focus Areas developed by his Management Team and a regular supply of petroleum in all part of the country.

The Corporation said it had created security management platforms that would enable it identify and evaluate risks, develop and superintend implementation of investigations, and aggregate and deploy necessary resources to guarantee peaceful business environment in the region.

The NNPC Group Managing Director, Dr. Maikanti Baru stated this in an End of Year Message to staff of the Corporation some days ago in Abuja, stressing that NNPC was committed to implementing a robust security and stakeholders’ strategy that would ensure that peace reins in the industry operational areas.

Dr. Baru attributed the recent increase in the country’s oil and gas reserves to 37 billion barrels and 192Tcf respectively to the relative peace that was instituted in the Niger Delta.

He explained that over the year, NNPC adopted strategies to ensure the Corporation’s operational profitability, citing the renegotiation of all existing contracts which had enabled his Management Team achieve substantial value realization of between 5-30 per cent discounts.

“This singular effort alone translated to substantial cost savings in favour of NNPC”, the GMD noted.

Dr. Baru expressed delight in the completion of negotiations with NNPC JV partners towards the resolution of cash call funding challenges through payments of arrears that were owed the partners.

He said this feat was achieved by developing a clear payment plan as well as the pursuit of an alternative funding strategy, stressing that arrears of up to December, 2015 have been fully reconciled, with repayments plan also agreed upon.

He said the ultimate objective of the recently signed off agreements between NNPC and the JV Partners was to enable NNPC transit into an Incorporated Joint Venture (IJV) business model for all the current Joint Ventures, JVs.

The Group Managing Director of NNPC declared that with the support of his staff, other industry critical stakeholders as well as the generality of Nigerians, NNPC was able to bring stability to petroleum products supply and distribution situation in the country.

“Today, motorists drive in and out of filling stations with ease. This would not have been achieved without the collective efforts of all of us,” the GMD said in his statement.

Dr. Baru said NNPC had commenced the implementation of a 12-key Business Focus Areas developed by his Management Team which he said would enhance the Corporation’s business performance, adding that his team had also completed arrangements to put in place structures that would enable smooth implementation of new business models for its Strategic Business Units and companies nationwide.

READ ON  Samsung Max can help you save data and protect your privacy. It is available for Nigerians
Powered by Inline Related Posts

The GMD in the End of Year Message expressed appreciation to President Muhammadu Buhari who he noted had provided enormous support to his team’s efforts to reposition NNPC while he equally gave kudos to the Minister of State for Petroleum Resources, Dr Emmanuel Ibe Kachikwu whose able leadership, he reckoned, was strength to his team.

Dr. Baru took over as NNPC GMD from Dr. Ibe Kachikwu on July 4, 2016 when the latter was appointed Honourable Minister of State for Petroleum Resources by President Muhammadu Buhari.