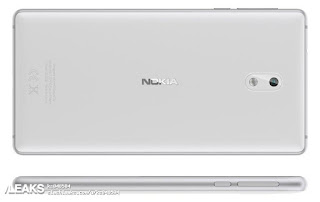 There is possibility that Nokia 2 may be launch soon as its got some ranking at Geekbench this week. Nokia 8, Nokia flagship phablet has been confirmed and ready for launch. Immediately an electronic gadget passes through Geekbench ranking, in a few months the device will be ready for launch.

According to the info reviewed on Geekbench, the Nokia 2 should come with Android 7.1.1 Operating system. A Quad core 1.27 GHz processor. It will also have a system-on-chip from Qualcomm Snapdragon.

The use of the name unknown heart instead of Nokia’s name posses a problem of sincerity of the leak. If it is the proposed Nokia 2, why did it not have it’s name in the same way other Gadgets are been ranked in Geekbench? 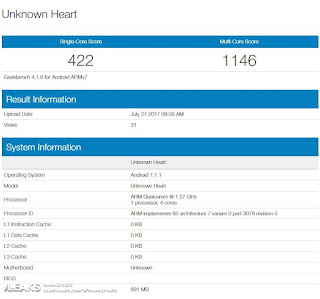 The photo on the on-page, revealed how Nokia 2 will look like. The device show the rear view and one side view of the expected Nokia 2. As can been seen, it will have a single camera with flashlight. A Nokia symbol also can been seen at the rear.

The side view show a volume button and a on/off wake/sleep button. It is possible that the 3.5 earpiece port will be on top of the device. While the USB port may be beneath it. Well future leaks and rumours will unveil it.