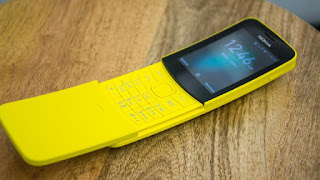 It is possible that the Nokia 8110 4G launched during the Mobile World Congress, MWC will be released in the US market. A source said. Other Nokia phones launched on the aforementioned day may also be released to US market.

However, previous report showed that HMD, makers of Nokia, do not intend to launch the Nokia phones in the US market. If, HMD decides released on the market, then it may chose and announced its Carrier partnership, the source said.