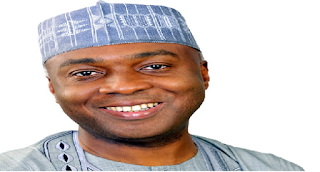 At a town hall meeting yesterday to marked the Eid-el-Kabir celebration, the Senate President of Nigeria, Dr. Bukola Saraki makes a remark on teachers salaries and the economic recession of Nigeria. The town hall meeting tag #AskSaraki, organised for the constituents of Central Senatorial district of Kwara State gave the opportunity for the people of Kwara State to ask questions about the present government. The questions asked as reported by NTA news are on economic recession, inflation, and legislative stewardship of Dr. Saraki in the 8th National Assembly.

Senate President, Saraki told his people that he is advocating for teachers salaries to be included as a vote in the capital expenditure in the budget of the federal and state government to ensure prompt payments of teachers. He said the transfer was important because while other school expenditure such as building of classrooms and provisions of laboratory equipment are votes in the capital expenditure, teachers salary should be included to motivate them to work hard.

Speaking on economic recession, the Senate president says it is not possible for only one arm of government that is, the executive to handle the current economic situation. He told Kwara people that when the Senate resumes, all those involved in the management of the economy will be called to give explanations on how they intend to solve the problems of the economy. Any of them that could not give good explanations we will recommend that he should be removed from office.

Speaking on his Stewardship as the Senate President of the 8th National Assemble Dr. Bukola Saraki claimed that he has signed many bills into Law including the Public Procurement Act amendment. He says that the amendment was done to make local producers and service providers to be the first to be patronised in government procurement process. The amendment will also encourage the procurement of made in Nigerian product by the government.

He concluded by saying he understands what Nigerians are facing and he is deeply concerned. He appreciated the people of Kwara State for honouring the invitation to the event. He also promised that necessary effort will be taken by the Senate to see to the current economic situation.