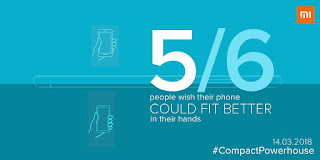 Further, a single 12MP rear camera is expected in the Redmi 5 and a 5MP front facing camera. However, the battery size was placed at 3,300 mAh. However, NDTV stated that a source claimed the Xiaomi Redmi 5 will be released first at Amazon India. But the media further claimed that Xiaomi has its e-store mi.com where it can sell its gadgets. So, it is more likely that the Xiaomi Redmi 5 will first appear on Xiaomi website.