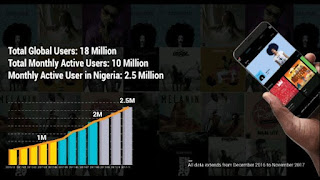 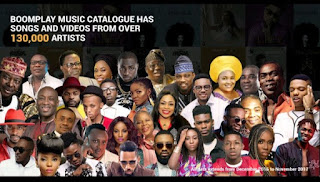 The data also show that music produced by Nigerians are the most played and engaged. At least 500,000 comments made in the apps are mostly for Nigerian artists. 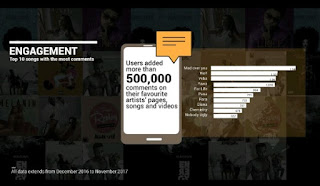 The record revealed that Afropop and Afrofusion was the must popular genre in 2017 followed by World music. Also, the top ten most played music are music made by Nigeria artist. With Tekno (yawa), Olamide (wo) and Runtown (for life) making the top three. In the area of Album, the report also indicates that Nigeria Artist also made the top ten. Flavour, Simi and Mr Eazi album made the top three. 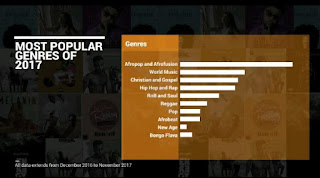 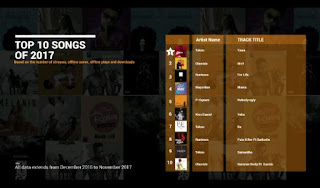 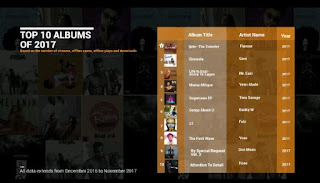 A pre-order feature was introduced in June 2017. In so doing, BoomPlay users have made 20,000 preoder sales in 2017.  Adekunle Gold, Simi and Wande cool made the top three. 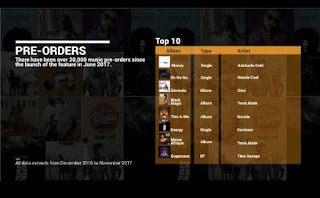 These facts shows Nigerian music is moving from strength to strength day in, day out. With the new year 2018. Nigerian music will continue to receive growth. As for me, I look forward to Nigerian artist winning Grammy award.