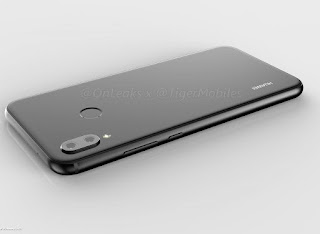 If you love Huawei smartphone, you should by now know that the company is planning another big launch for the Huawei P-series. The Huawei P20 Lite is one of them. As reported, two colour variants his been leaked on this smartphone. The gray and black concepts.

Similar to Huawei P20 and P20 Plus, the Lite version has duo cameras at the rear. The cameras are located at the left edge of the smartphone, leaving the fingerprint scanner to be at the centre of it. The position of the camera is similar with that of the IPhone X. However, the Huawei P20 will have a single camera while the P20 Plus will comes with a trinity cameras. 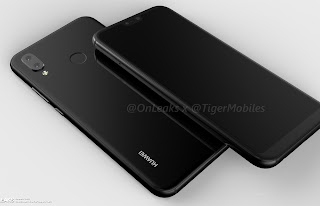 The front view revealed one important feature of all flagship smartphone. It has very little bezel enabling users to have a full view of the screen. FCC reported that the smartphone may likely come with a 19:9 aspect ratio instead of 18:9 as of the previous model Huawei P10 LITE.

Android Authority stated that Huawei may launched the P20 series flagship on March 23 this year.