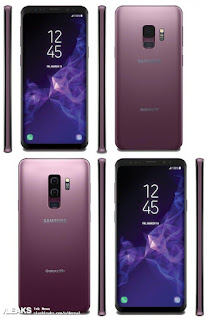 As the D-day approaches, more real life photos and dummies of the the Galaxy S9 and S9+ are resurfaces online. Popular flagship smartphone tip star and tech enthusiast, Evan Blass, has revealed another photo of the Samsung upcoming flagship smartphone.

This time the Lalic Purple. It is possible that the Samsung Galaxy S9 series will come with this colour variant. The Samsung Galaxy S8 series released last year comes with in varieties of colours (Midnight Black, Orchid Gray, Arctic Silver, Coral Blue, Maple Gold, Rose Pink, Burgundy Red) but none of them has this particular colour.

Another photo leaked out today was the Dummy photo of the Galaxy S9 and S9+. All the photos only confirm one fact. The Samsung Galaxy S9 has a single rear camera while the Galaxy S9+ has dual cameras. 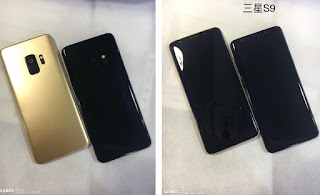 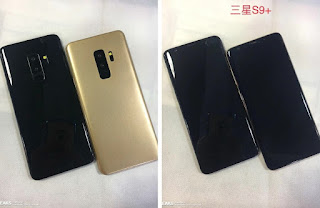 But that is not all of what we are expecting from this flagship in 25th February at Barcelona, Spain. More of what is expected include: what’s the size of the screen? The performance level as well as speed. What is new regarding the camera? Will the chip set be incorporated with an AI, especially the Exynox Chip set that is sold in Africa and Asia? And many more.

Though, some of these features has been revealed and are reliable, it is best to hear it from the horse’s mouth. Additionally, here is a video from Mobile Fun describing the Samsung S9 series as well as showing off its official protective new case.