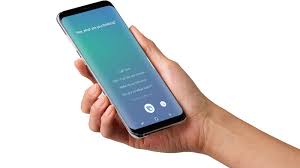 Samsung has purchase a Greek startup firm called Innoetics. The company is known for its innovation in text-to-speech and voice-to-speech applications. The company has also won award as a result of its technology. Their application cannot only listen to a person’s speech but can also bring out unrelated text in the same voice.

Samsung paid a sum of $50 million to acquire the company, last Friday. According to Android Authority, Samsung brought another tech start up Viv Labs, last year.

With such synergy, it may be possible for Samsung to improve its Artificial Intelligence, AI, app known as Bixby. It has been reported that this voice assistance is currently facing a lot of issues as it works well only with the Korean language.

Samsung has not been able to fix the issue, to allow other languages, especially English Language. Acquiring Innoetics and Viv Lab may help put heads together to solve this issue.