Follow @jeremiahjames19
The Samsung Galaxy Note 8 is getting more leaks from /leaks. The new photos surfaced today revealed the looks and branding of this Phablet. The first leaks showed three black colour Galaxy Note 8. With various apps in it. The three devices have different themes on them. From the photos it is clear that the Samsung Galaxy Note 8 front view will be occupied mostly by the screen, as already predicted in the past. 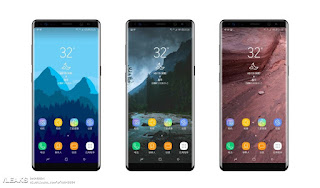 The next photo leaks was the Chinese banner of the upcoming Galaxy Note 8. China is one of the countries that will use the device immediately it is released along with USA, Canada and South Korea. There is virtually no difference between the photos above and the Chinese poster. This will mean that all previous rumours are true. 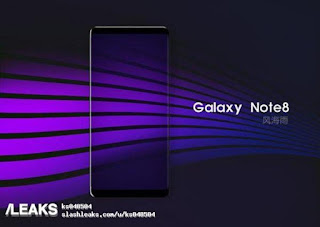 Lastly, is the branding of the Galaxy Note 8 phone. In preparation for its launch the device as already gets its brand colours ready. It seems that the colours shown in this photos is the likely colour variants of the device. 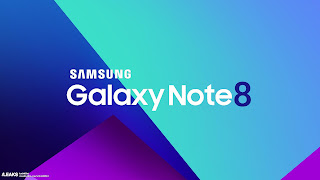 So far, you may recall that the operation system will be base on android 7.0 Nougat, a SoC of Qualcomm Snapdragon for the Latin America version and Exynos. The date for the released as also been fixed at August 23th.
Follow @techwatchngr