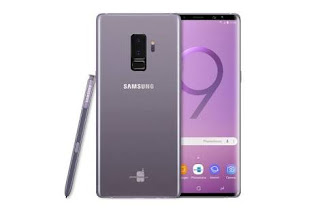 A report from Blomberg has revealed that Samsung may likely launch the Galaxy Note 9 flagship in August. The media reported that people who are familiar with the launch of Samsung Galaxy Note 9 said, the Samsung flagship will be launched in August 9, 2018. This is two weeks earlier than the previous launch according to the same source.


Samsung will unveil the Note 9 smartphone in the Samsung unpacked. The event was held in New York last year. This year will be no different. The Samsung Galaxy Note 9 specifications and features are getting rumors but none of these is fully confirmed until Samsung finally launch it in August date.

Earlier leaks have revealed that the smartphone will use Qualcomm latest flagship system on chips. That is no other than the Snapdragdon 845. It will certainly use the Android 8 Oreo as its operating system however, in the coming months after the launch, it will be readily upgradeable to Android 9 which will be launched in the last quarter of 2018.

Camera is the main deal for the Samsung Galaxy Note 9. The phone will use two rear cameras with Animoji. As in Galaxy S9. One important difference between the Galaxy Note 9 and S9 is the fact that the Galaxy Note 9 uses Samsung SPen. This gadget isn’t available in most Samsung smartphone accept the Note 9.