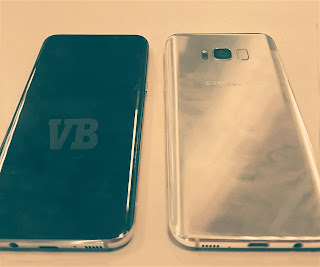 According to a tweet by Evans Blass yesterday, Samsung may released its new Galaxy S8 and S8 Egde smartphone by March 29 this year.

The major components of the smartphone includes, 5.8 and 6.2 inch for S8 and S8 Edge respectively, QHD Super AMOLED screens which covers 83% of the front panels.

The battery capacity will be 3000mAh and 3500mAh for S8 and S8 edge respectively. It is expected to have 4GB of RAM, 64GB internal memory and 256GB external memory capacity.

The rear camera will be 12-megapixel while the front camera is expected to be 8-megapixel.

You may recall that last year Samsung recall its Galaxy S7 and S7 Edge, due to battery catching fire. Samsung may have thereby solved this problem in its new phones to be released by March 29.

Furthermore, the smart phones are expected to cost €100.