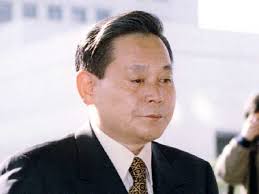 Vice Chairman of Samsung has been arrested yesterday in Korea on charges of corruption. He was accused for bribing an advisor to the president to win government support for mergers between two Samsung subsidiaries.

According to New York Times, the sum of $36 million was given to Choi Soon-Sil, an advisor to the president of south Korea Park Geum-hye by Jae-Yong Lee, the vice chairman and heir apparent of Samsung.

Park, korea’s first female leader had been in trouble after been impeached over been influenced by her aides.

Meanwhile, Jae-yong Lee is the son of Samsung current chairman Kun-Hee Lee. Lee is seen as the company’s heir apparent and he has already assumed corporate control in the absence of his father due to illness.

In January, Lee was issued a warrant of arrest with respect with Park’s saga but but was rejected by a court many days later.