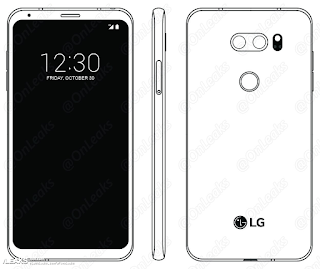 The schematic view of the Life is Good upcoming flagship phone LG V30 has been unveiled today. The photo above is similar to other photos leaked out recently. This may means that the rumours and gossips, so far, were true.

Recall that the smartphone was first discovered on Geekbench were it was stated that it has 4GB RAM, Android 7.1.1 OS, and a chip set from Qualcomm Snapdragon. Further, it was later said that the device will support Google virtual reality known as Daydreamer. The rear view was also revealed. It was later said that the smartphone will be available for sale by September this year.