More photos of iPhone 8, Apple new flagship smartphone has appeared online yesterday. And it looks exactly as previous leaked photos. The photos revealed the 3-D view of the iPhone. As you can see here. 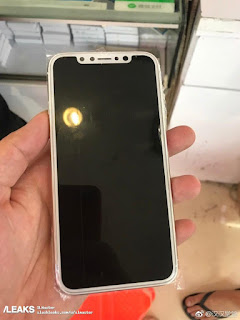 The Retina view, as shown above, revealed that the device will truly has a very small bezel. The screen or retina will cover a larger portion of the phone. You can also see that the Touch ID feature common in iPhone ecosystem was removed. Rumours has it that it that Apple may replace the Touch ID with a facial scanner. 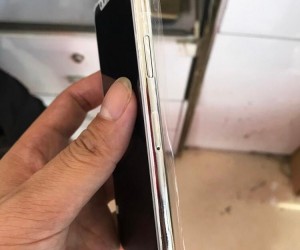 The third photo that was revealed yesterday shows the right hand corner view. You can see two buttons there. The top one will certainly be the volume up/down button. Well as for the button below. I have no idea for now, if you do, please leave a comment.