This is how the Google Pixel may look like when it is launch. Although, the launched date is unknown for now, it is expected that Google should launch the device by October base on speculation. The current Google Pixel flagship was launched October last year, so it is likely that Google may choose that date. 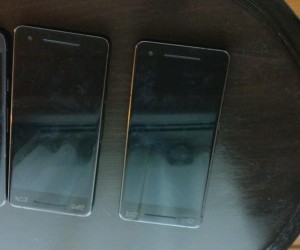 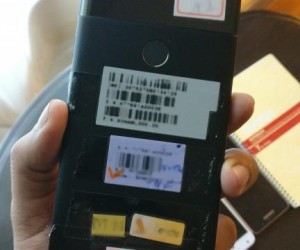 However, the photo leaked out by /leaks revealed the shape of the Google smartphone. The upcoming flagship should have a small bezel has you can see in the image. If compare it with the first Google Pixel released last year, we can conclude that the upcoming flagship device should also come with a Qualcomm Snapdragon system on chip. The previous one took the 821 chip probably this new device will come with 835 chip from Qualcomm.

From the above photos the Google pixel should come with a finger print scanner at the rear. The rear camera as shown is expected to be dual camera, so that, it will be in line with most flagship phones like the LG V30 and Samsung Galaxy Note 8 that are coming up with dual camera. Follow @techwatchngr