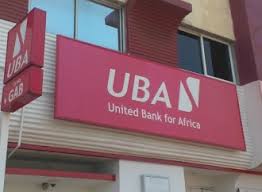 United Bank for Africa, UB’s shareholders are satisfied with the proposed dividend agreed upon by the bank’s board of directors. With the hope that in the coming year the Dividend Per Share, DPS, will increase to N1.00.

The board of directors proposed a dividend of N19.9 billion, that is N0.75 per share, for the financial year ended December, 2016. Also an interim dividend of N7.3 billion will be paid after the audit of the external audit of it’s 2016 half year.

At the 27th Annual General Meeting, AGM held last weekend, the shareholders commended the Board and management of the bank on its expansion drive to other African countries and the promotion over 3000 staffs despite the difficult economy in Nigeria last year.

Top shareholders such as Dr. Farouk Umar, Bishop Goodluck Akpore, Nonah Awoh, Olufemi Timothy, AlhaJi   Mukhtar   Mukhtar   said that they satisfied with the bank’s financial performance including its focus on expansion to other African countries especially as its had yielded about 32 per cent growth on profitability.

They said, “We also commend the bank for promoting over 3000 workers of all classes, despite the unfavourable economic condition.”

In addition, “They also hope by next year the Board should be able to increase the dividend to at least N1.00 per share.”

“We understand the operating environment the bank had operated and hope by next year things would be better.”

We also appreciate the Board for making us to be part owners of our subsidiaries which we are reaping, they concluded.

The bank gross earnings is recorded as N384 billion, Profit After Tax, PAT, amounted to N22 billion, its Non Performing Loan, NPL ratio is stated as 3.9% and it’s Capital Adequacy ratio is put as 20%