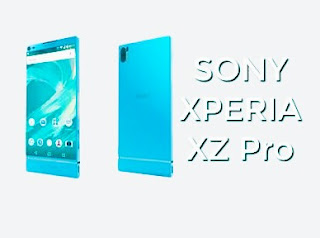 Here comes the detailed specification of the Sony Xperia XZ Pro flagship. Starting with the camera, the Sony Xperia XZ Pro should be highly respected.  The term BIONZ image processing engine will be coming first from Sony. The rear camera is duo with 18MP and 12MP sizes, 22mm f/1.7 G lens, 1.33μm and 1.38μm for the first and second camera respectively. The optical zoom is 2x, 4k video @ 60fps. And portrait Mode. For the front camera, a single camera of 13MP, 22mm f/2.0 len.

The flagship smartphone is expected to run on an hardware soc of Qualcomm Snapdragon 845 including Qualcomm AI and it runs on Android Oreo. A further 6GB RAM and 128GB ROM are also incorporated into the device along with an external storage space of 256GB as stated by the leak.

The battery capacity is 3,420 mAh which support Qualcomm quick charge 4.0. As for the design, the leak provided show a 5.7 inch screen made with Corning Gorilla glass 5 on front and rear of the gadget. The screen runs on 4K HDR OLED display. It weighs 182 gram. Its dimensions are stated as 144 x 74 x 8 mm.