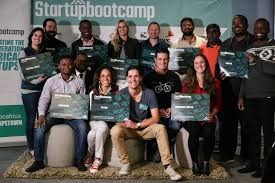 A report made by startup intermediary or enabler, Weetracker revealed that South Africa, Kenya and Nigeria top the list of Africa Startups that received fundings from seed investors, Venture Capitalist and Angel Investors.

The report stated that 201 startups in Africa have the opportunity to receive such funding. Startups firms in SA top the list followed by Kenya and then Nigeria. In summary, the number of startups that gets funds in SA are 74, 47 in Kenya and 34 in Nigeria. 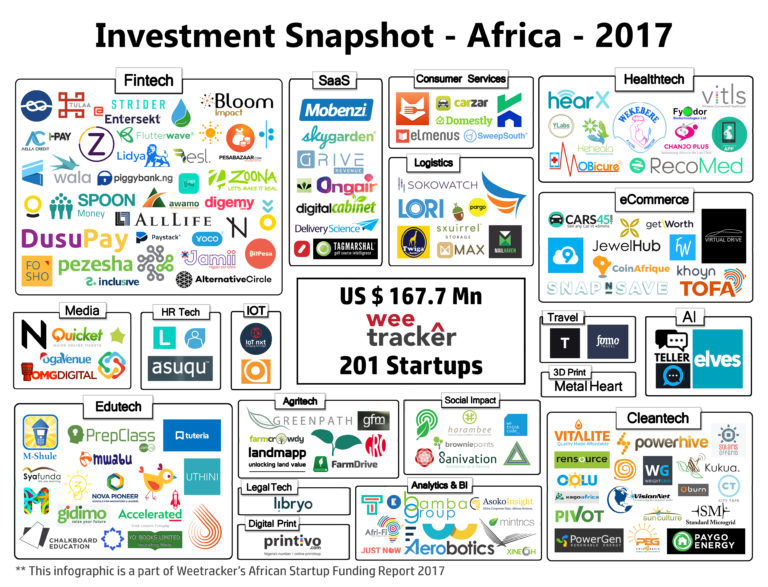 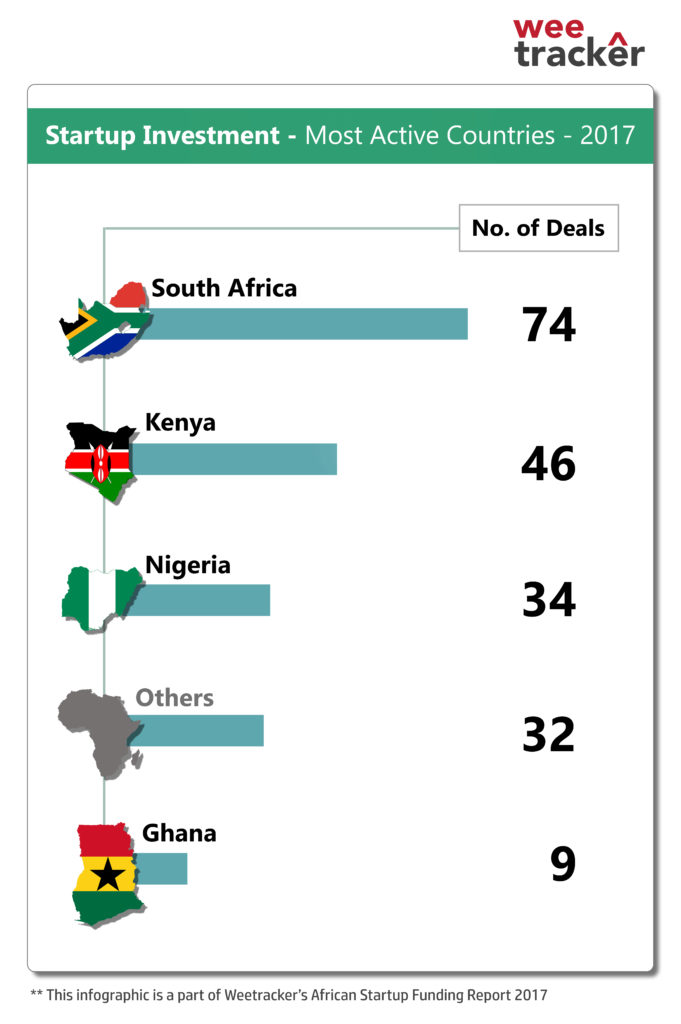 In the area of funds, $167.7 million were provided by startups investors to the 201 Startups. Also, SA startups benefit the most from the fund. $30.6 million were invested in SA, $31.4 million in Kenya and $24.1 million were infused in Nigeria.

In addition, fintech, cleantech, edutech and health tech were the top sectors of tech startups that benefited the most. Fintech alone receives $30.68 million in 47 deals. Cleantech $18.1 million in 19 deals while Edutech and Health tech witness 17 and 12 deals respectively.

Finally, the report mentioned “Knife Capital, Chandaria Industries, Kalon Venture Partners, Omidyar Network, Algebra Venture and 4Di Capital” as investors who were the fore runners of 2017 startups funf. And also, Startupboothcamp and CoCreate SA are among the intermediary/enablers that makes the 2017 startups funding fruitful.