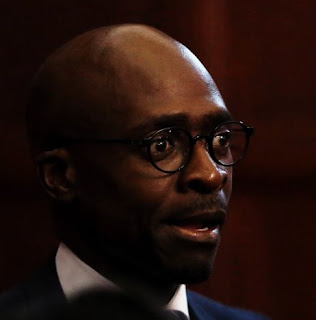 Speaking with Journalist on Saturday, the newly appointed south Africa Misnister of finance, Malusi Gigaba promises to reform the economy. He said, “The ownership of wealth and assets remains concentrated in the hands of a small part of the population. This must change!” Gigaba told ANC supporters who want President Jacob Zuma remover as president.

South Africa is seen in the world as the most unequal society, where wealth is in the hands of the White race and very few Blacks are wealthy. It also has an official unemployment rate at 26.5 percent together with high poverty level.

However, the new finance minister who replaced Pravin Gordhan last friday, promises to reform the economy at the same time, keeping the public account balanced.

The former finance minister was shoking ousted out of office on Friday after recalling him from an investors road show in London.