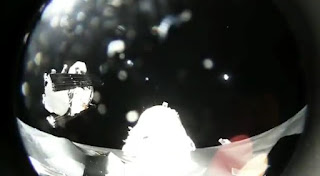 It stated around 3:00 pm Nigeria time when Space X confirmed the successful launch of PAZ. However, it takes an hour for the main engine cutoff and stage separation confirmed. The second stage engine burn almost at the same period.

In summary, in not more than an hour and thirty minutes, Space X confirmed the successful deployment of PAZ into low Earth Orbit. According to Elon Musk, the First two Starlink demo satellites, called Tintin A & B, deployed and communicating to Earth stations.”

‘Tintin A & B will attempt to beam “hello world” in about 22 hours when they pass near LA’ he concluded. Then, I hope it passes through Lagos, Nigeria.