Smartphones are big deals over the world. There are a lot of smartphone specifications you are aware of especially, if you’re a lover of smartphone and you follow tech bloggers on their review of latest mobile phones. Sensors, display, dimensions, camera among others are regular features on smartphones and also its big brother, Tablets gadgets. But, the new technology innovations entering the smartphone ecosystem this year will see drastic changes in these specifications next year. In fact, any smartphone manufacturing companies that fail to notice it may end up in the mold.

Just Yesterday, I told my novice technology friend that smartphones are taking over Personal Computers, PC, but he claimed its not possible. However, with this new specifications entering smart gadgets this year, anything is possible.

Remember, what happens to Nokia, as a result of the introduction of Android Operating System? So, the changes going on around smart devices may affect some tech firms if they aren’t seeing these. These new specifications are what you may have noticed in most flagship smartphones in the later parts of 2017. Here are six of them.

Neural Engine: This is the latest hardware system-on-chips. The iPhone 8 series, iPhone x and Huawei upcoming flagship smartphone Huawei Mate10 come with a Neural technology. Huawei happens to be the first tech company to launched the Neural technology in September 2nd 2017, called Kirin 970 chip. Neural Engines are Artificial Intelligence AI-Chip. It uses machine learning and data collected to determine certain activities that are more common and provide this activities to you. Neural Engine has come to stay and if smartphones companies will continue existence in 2018 they should think Neural. 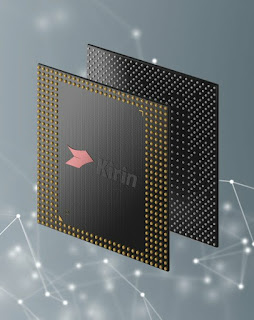 Bezel-less phone. Bezels are known to hold the screen of a phone and also a PC to the other part of the gadget. But this feature is going away and bezel-less phones are taking over. Apple inc. stated on their web page that one of their goal is to produce an iPhone without bezels. This year, they succeeded in doing so, on their iPhone x. Samsung also manufacture a bezel-less smartphone this year. Samsung Galaxy S8 series and the ever lovely Galaxy Note8 flagship were bezel-less mobile phones. Also, Google upcoming pixel flagship will also be a non-bezel smart device.

Water and dust resistance: With IP68 rating many flagship smartphone are water resistance. The upcoming Huawei Mate10 flagship will also have this feature.

Dual Camera: To say the truth, if your phone didn’t come with dual camera either at the rear of the phone or both rear and front facing camera, I believe you are missing a lot. But don’t worry, this specification will be very common next year. I believe more tech companies will be incorporating this on their flagship phones.

Face ID: Facial recognition and detection is the new phase of security and privacy protection on smart phones in 2018. Whether you like it or not Apple is the first tech company to fully implement face recognition technology on smartphones even though Samsung flagship Galaxy Note8 also has this feature.

Animoji: Animoji is also here to stay. With Animojis, you do not need the emojis on your whatsapps. Facebook and other social media to express your feelings. All you need do is placed your front camera to your face, display your feelings and the phone inferred camera will capture it and display it as emoji then you hit send.

Is there any other specifications you believed are new in 2017 and will be common in 2018? Why not let us know.