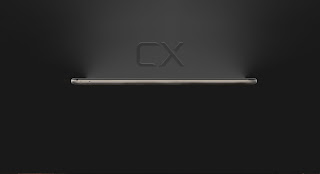 Tecno Camon CX was released March 2017. It is the latest generation of Tecno Camon series. It replaces Camon C9. The greatest feature of this phone, to my opinion, is the 120° wide angle the front camera possesses. You can use it to snap group selfies with ease.

The front and rear camera is 16MP. The front camera was made by ArcSoft® Smart Denoise technology and the rear camera made from Sony IMX298. The blue glass in the back camera  remove totally flare and ghost images.

The operating system is Android 7.0 Nougat. The System on Chip (SoC) is from Mediatek (MT6750T) technology. As a result of its operating system, you can add any irregular used apps to freezer, disable them to save data as well as activate Hi Manager to regulate data usage in real time.

The battery charges at light speed. You can take more than 1000 photos with just 10 minutes of charging. In the box of the Camon CX you will find, In-ear type earphones, Micro USB cable, Charger, SIM ejector tool, Documentation, Case and Protective film.

Buy Tecno Camon CX from Jumia   Or from Konga

Camera: 16MP each, front and back camera. The rear camera is made from Sony IMX298 technology. It has F/2.0 Aperture with 0.1s Phase Detection Autofocus (PDAF). Quad-LED Ring Flash and 1080p HD video.

The front camera, in addition to 16MP camera has F/2.0 Aperture with Dual-LED Flash and a 120° wide angle for group selfies.

Connectivity: Wi-Fi 802.11 b/g/n, Bluetooth 4.2. Network connection are 2G, 3G (WCDMA/HSPA) and 4G LTE. Dual Sim slot and USB cord to connect with a desktop or laptop computers or to a charger.

READ ON  Itel A51 Features, Specifications and Price
Powered by Inline Related Posts