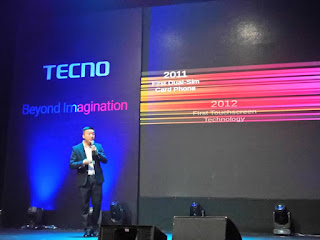 On April 5, Tecno, Nigeria most used smartphone, launched its latest middle range flagship smartphone. It also use the launch to celebrate 12 years of been in the Nigeria market. Tecno use a special hashtag #Tecno2018GlobalSpringLaunch to marked the event. Dignities in the Nigeria technology and entertainment scene where present at the launch.


The honourable minister of information, Barrister Adebayo Shittu, gave the first speech. He told Tecno to open more maintenance and support centres to meet the needs of consumers.  The second speaker, Eason Duan, the General Manager of Tecno Mobile, during his speech mentioned that, in 2011, Nigeria imaging research centre, initiated Tecno Face study centre. They spent more than 5760 hours to research 1 million faces. In 2016 Tecno launched the first dual front flash handset. Later on, in 2017, the phone marker opens Kenya image research centre and India Imaging Division. This year, the AI Beautification was introduced to he Tecno Camon X and X Pro.

The Tecno Camon X will use a 20MP sensor single front camera. Camon X pro uses 24MP sensor front camera both with large aperture and AI Beautification. The Camon X is the first Tecno smartphone to debut the HIOS 3. Tecno latest UI design technology. Tecno do not state the price of the phone at launched.