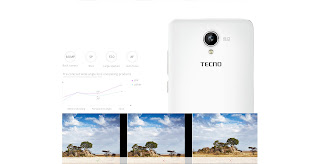 Introduction
Tecno W4 was released in 2017. One important feature of the phone is the custom gesture. With it you can wake up the phone, swipe particular letters on the screen and enter frequently visited apps directly. Answer a call without using your hands. You can also double tap to wake up the smartphone. This features are also in Tecno w3 smartphone.

The Tecno W4 is a low budget smartphone. The price range is within N28,000 and N34,000. You can buy the “Tecno w4” in any phone store near you. You can also buy it online from Jumia and Konga.

The operating system is HiOS base on Android 6.0 Marshmallow

The rear camera is 5MP, f/2.0aperture, with led flash and Auto focus. The front camera is 2MP with flash.

There is a 3G and 2G network. It has support 4G network.