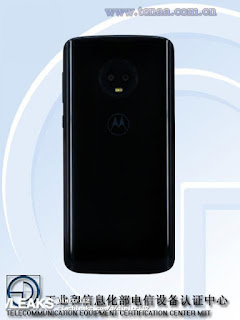 Tenaa has released a photo and basic specifications of the Motorola Motto G6. Photo available only reveals the rear view of the smartphone.


Main while, the Motto G6 will have eight core processor at 1.8GHz speed. It will run on Android Oreo though Tenaa do not mentioned the chipset for Motto G6 sources revealed that it will be powered with Qualcomm system on chips. Snapdragon 630 will be incorporated a previous post reads.