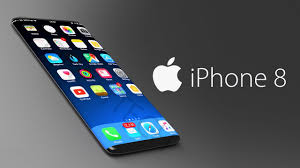 It is my custom to provide latest leaks about upcoming Smartphones. So, I decided to go through all the leaks to discover with ones were false. All the leaks where true except for mismarching. Some leaks were for the iPhone X but where reported to be for iPhone 8.

The first mismatch is the price. It was leaked that the price for iPhone 8 will be $999 but it ended up to be lower than that. However the $999 price was actually for iPhone X. While iPhone 8 costs $699 and iPhone 8Plus costs $799.

Next is the iPhone 7s and 7s Plus which was never released. It was noticed that the iPhone 7s turns out to be iPhone 8. And the iPhone 7s Plus becomes iPhone 8Plus. Well, that all that was mismatched. However, the remaining leaks was true.

One of such is that the iPhone 8 and iPhone 8 Plus will not have a Touch ID but instead a facial ID come up strong and Apple said is the best ever security. Also the face detection recognition will also be used via Apple pay.

The next is the OLED display. Apple changes from LCD display to OLED display from the iPhone 8 and iPhone 8 plus. The phone dual rear camera was reported true.

The system on chip was well known to be Apple A11 but know one knew they will attach additional name to it that A11 Bionic and Apple believes it is the most powerful chip ever for smartphone with Artificial Intelligence. But Apple is not the first Tech company to make chip with Artificial Intelligence, AI, Huawei was. At the IFC event Huawei unveiled the first ever chip set with AI ability.

Also, the iPhone 8 and its sister iPhone 8Plus will be using the iOS 11 operating system which is already available for download. That’s all for now, what do you think about the iPhone 8 and iPhone 8 Plus. Let me know in the comment box.