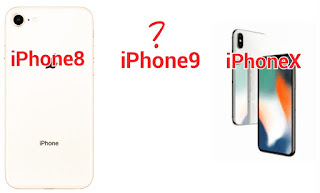 Just a few minute read you will read why I thought Apple iPhone9 is dead and gone forever. No matter how you may prefer an iPhone9, instead of the iPhoneX also called iPhone10, you won’t see it anymore, believe me or not. Probably, you might know why there wouldn’t be an iPhone9, I will be happy to hear from you. But first of all let’s take a brief look at the historical development of the iphones.

Apple actually started producing the iPhone phoneosphere, in 2007. This means iPhone is ten years old now. The first generation of iPhone was launched and released that year, June 29, 2007. If iPhone was just starting out that mobile phone now, I beleive Apple would have liquidated within months. But that is not it, now we have an iPhoneX which is a smarter Phablet and which every other smartphone producer will be learning its model except Google Pixel and Huawei.

In June 24, 2010 that is seven years earlier there came the iPhone 4, the fourth generation of Apple iPhone and the first to come with a screen that was named Retina which is still in used still date, though Apple finally calls it super Retina with OLED display for the iPhoneX. After this was the iPhone 4S where “S” this time means Siri. This was in 2011 and there was a conflict as to if it is the fifth generation or not. Well, as for me I, it is iPhone fifth generation.

As Tim Cook takeover as the CEO of Apple as a result of the death of co-founder and former CEO Steve Jobs, there was a launched of iPhone 5 with a SoC of Apple A6. Next was the iPhone 5S and 5C respectively. At the launch of iPhone 5S at September 2013, Apple also launched the Apple store and iTunes store.

The seventh generation happens to be when iPhone began a brother and sister thing. I mean iPhone 6 and iPhone 6Plus. That was the year 2014. And this was when iPhone became something to reckon with especially in the Nigeria smartphone market.

In 2015, Apple launched and released Apple iPhone6S and 6S Plus and in 2016 there was a series of iPhone that was launched the iPhone SE which happens to be the smallest iPhone right now and the iPhone 7 and 7Plus line up. iPhone 7 and 7Plus became the 10th generation of iPhone, released in 2016. Apple removed the 3.5mm headphone port and replaces it with wireless headphones.

Now this year come iPhone8, iPhone8 Plus and also the iPhoneX which is also called iPhone ten. At first leakers in the smartphone world, taught that iPhone8 was iPhone 7S and 7S Plus. But there was no iPhone9. And to my point of view and to many other smartphone reviewer, iPhone9 is dead and gone forever. Even at the launched of the aforementioned smart phones, Apple CEO, Steve Jobs do not, even by mistake mention iPhone9.

Here are three reasons why I beleived iPhone9 is dead.

My first reason is that Apple and Microsoft has some cordial relationships. And this is true. Apple uses Microsoft search engine Bing instead of Google’s. Also, Apple iPhones are compatible with Microsoft Laptops and computers HP but are not with Google Chromecast. So, probably, as Microsoft failed to launched windows 9 but there are Windows 7, 8 and 10, so Apple may have in that order decided not to launched a iPhone9 even though there is an Operating system from Apple called iOS9 and a SoC of A9.

My second reason is what the number 9 may has mean in the United States. It may interest you to know that the 9th President of the United States of America, William H. Harrison in 1841 was the first President to die in office only after 32 days.And what was the cause of his death? pneumonia! 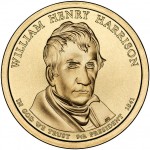 My third reason, which I also taught may be closed is the celebration of Apple’s ten years of production of iPhones. If you notice earlier while reading, you will discovered that iPhone’s first generation was in June, 2007. This year, 2017 makes it ten years of the production of iPhones by Apple. To mark the year, Apple may have decided to kill iPhone9 and replaces it with iPhone X.

These are my reasons. If you have information as to why there is no iPhone9, I will he happy to hear from you from the comment box below.

Buy Smarthones and Tablets from Jumia