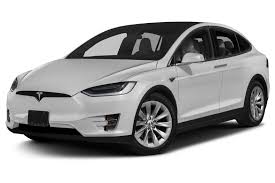 Tesla Inc. Is recalling Model X SUV sport cars worldwide due to certain issues stated below. The price for Model X luxury car is $79,500 before tax. So, recalling 11,000 of it is really a huge loss. But Tesla is Tesla fitting the problem mentioned below and returned the cars to the owners?

Here is the reason why Tesla is recalling the Model X SUV. During an internal test recently, Tesla discovered a some issues in the back seat mechanism and such issue may not provide enough security during an accident.

Reuters reported that its not the first time the company has recalled it’s Model X sport cars. In April 2016, it recalled 2,700 cars in the United States. Further, the “company recalled 90,000 Model S sedans worldwide in 2015 over a possible defect in the front seat belt assembly and a year earlier had recalled 29,222 of the same model over a charging defect that posed a fire hazard.”

On Thursday, Tesla said that the Model X vehicles produced during October 28, 2016 and August 16, 2017 has a number of cables in the second row fold-flat seats may need to be adjusted to fix the issue.

Happily, there are no cases of accidents relating to this issue. And of which the company has not received any report from customers. Tesla also believes that at least 3 percent of the Model X cars recall may have the issue.

Volkswagen Plans to Compete with Tesla