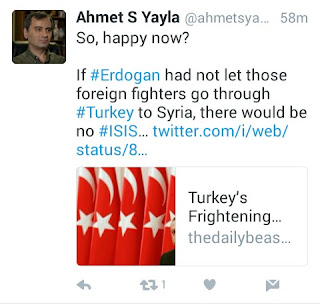 The Westminster attack has gone viral on social media especially twitter. As you can see in the above tweet by Almat S. Yayla, a Adjunct Professor of Criminology at George Mansion University.

According to him, ISIS may be involved in the attack at Westminster as shown in the above tweet.

He also tweeted that no terrorist organization has taken responsibility for the attack.