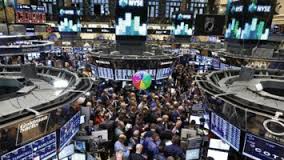 OPEC and non-opec crude oil producers to cut supply next year. Stocks increases in the global market despite Christmas and New year holiday. The dollar index gained 0.03 per cent.

Stocks edged higher on Tuesday as trading in some of the world’s major financial markets resumed after a Christmas break, with oil also up on looming supply cuts. Says NAN in quoting Reuters.

Trading volume across markets was expected to remain thin as it usually is in the week between Christmas and the New Year.

Oil prices rose with support from expectations of tighter supply– once the first output cut deal between OPEC and non-OPEC producers in 15years takes effect on Sunday.

Trading was thin on Tuesday, with less than one-third of the usual volume in futures contracts in West Texas Intermediate crude oil.

“Some of the doubts the people (in OPEC) are showing are going to have to be put to rest,” said Phil Flynn, analyst at Price Futures Group in Chicago.

“There’s a strong possibility that we’re going to rally into the end of the year.”

But expectations that the incoming White House administration will splash out on a fiscal boost for the U.S. economy also has markets betting on inflation and more growth overall that could benefit companies globally.

Tuesday data showed American consumers confidence shot to its highest in more than 15 years in December as they saw more strength ahead in business conditions, stock prices and the job market, while house prices continued their steady recovery since October.

“It is a bit of a catch-up rally today, with leadership coming from areas such as healthcare and technology – those that have not participated fairly in the rally,” said Eric Wiegand, senior portfolio manager at the Private Client Reserve at U.S. Bank.

The pan-European FTSEurofirst 300 index was up 0.08 per cent, while MSCI’s gauge of stocks across the globe gained 0.15 per cent. Emerging market stocks rose 0.24 per cent.

Earlier, MSCI’s broadest index of Asia-Pacific shares outside Japan had risen 0.2 per cent, while Japan’s Nikkei closed a little changed.

The U.S. dollar rose against the yen on the stronger-than-expected U.S. housing data and expectations for a hawkish Federal Reserve, but remained below a recent 10-month high in thin trading.

The yen fell following the inflation numbers but was still around 1 yen above lows hit after the U.S. Federal Reserve raised dollar interest rates two weeks ago.

The dollar index gained 0.03 per cent.